ATD Session: Evolving a Culture, One Conversation at a Time » 3 Prerequisites for Earning the Right to Coach Others
× Share this Resource

3 Prerequisites for Earning the Right to Coach Others 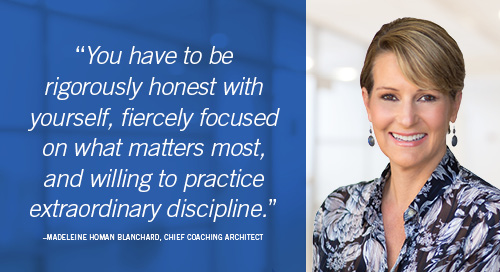 If there is one ideal from the coaching world that executive coach Madeleine Blanchard believes would benefit managers and leaders in today’s organizations, it’s this: “You have to earn the right to coach others.”

“Because of their position power, managers can do certain things that coaches would never dream of doing,” says Blanchard. “For example, telling people what to do and how to do it. It is part of the job of being a manager, but it doesn’t necessarily build trust. Many managers who want to coach their people can take for granted what coaches work hard to earn.”

Blanchard shares three coaching prerequisites that will serve those striving to be great leaders who coach— first, a focus on serving others, second, self awareness, and third, self regulation. It’s a high ideal, says Blanchard—but for managers and organizations up to the challenge, the results can be spectacular.

Blanchard points to what happened at a Coca-Cola bottling plant in Europe where managers were taught how to be more coach-like.

“Coca-Cola Russia won the PRISM award from the International Coach Federation. It’s a great example of a company that went all in on establishing a coaching culture. Using a combination of seven external coaches and forty certified internal coaches, the company trained a thousand managers in coaching skills.”

By all measures, the initiative made a huge difference in the bottom line performance of the plant and the 3,000 people working there, says Blanchard.

“Turnover was cut by two-thirds, from 78% to 26%. Employee engagement increased by over 25%. And most important, subsequent internal surveys showed that managers who had been taught coaching skills reported enhanced interpersonal relationships, increased innovation, and increased trust in management. The company’s organization value index, which measures the extent to which people report referring to and using company values to make decisions, increased by 86%.

“These types of results are critical in a world where everything is changing so fast and where employee skillsets need constant sharpening. Across all functions in an organization, a manager’s job is to encourage a growth mentality that will help people succeed, not just tell them how to do their job and save feedback for an annual performance review.”

“It all starts with a serving mindset,” says Blanchard. “Seeing leadership as serving others. That can be a daily challenge,” explains Blanchard.

“As a manager, there are going to be days where it's like, ‘I'm not feeling particularly service oriented right now.’ So I think it requires real dedication to a higher purpose. Anyone who steps into a leadership position needs to make a conscious decision that they are there to be in service to their people, not just to manage tasks.”

That journey begins with a heightened sense of self awareness, says Blanchard.

“Self awareness is the starting point for any leadership journey. I don't think it's talked about nearly enough, even in professional coach training. That’s why I love a self awareness tool we use at our company that measures people’s perception of you as a leader in four critical areas—are you perceived as able, believable, caring, and dependable?

“Any place you fall down on this assessment points out a trouble area that’s going to impact your credibility as a leader-coach—and your effectiveness in guiding others to higher levels of performance.”

But knowing and doing are two different things. That leads Blanchard to the third prerequisite for the leader-coach—self regulation.

“After choosing to serve and self awareness, self regulation is needed for you to be the best version of yourself. It’s listening instead of telling, which means inhibiting the 99 things that pop into your head that you want to say but that won’t add value for the person being coached. It is easy to forget that listening means you aren’t talking—the person being coached should be doing most of the talking. When the person who is coaching does feel the need to give in to the urge to talk, here are the questions they first need to ask themselves:

“You have to be rigorously honest with yourself, fiercely focused on what matters most, and willing to practice extraordinary discipline. In the rough and tumble of a manager’s day, who is really signed up for that program? As it turns out, not everyone. But that is what is required, and it is not easy. Simple, yes. Easy, no.”

Blanchard adds, “If you are my manager, I have to listen to you but I don't have to confide in you. I don't have to do anything beyond being reasonably civil and getting the job done. That’s compliance, which is a job requirement, but it’s not the same as a commitment to a relationship that will enable my development.

“Being more coach-like as a leader means being impeccable in your own behavior or at least making the effort, which for most of us is a 24/7 uphill climb. It’s critical to developing the type of relationship that builds commitment instead of just compliance. If you want that kind of relationship—which the data shows is critical for highest performance, discretionary effort, and engagement—you’re going to have to have deeper conversations with your people about what's important to them. That will include growth discussions, their dreams for their career, and the parts of their performance and personalities that they really need to work on to develop.

“But you need to be impeccable and trustworthy. Why would anyone reveal the parts and the places they feel they need to develop if they don't trust you to not hold those thoughts against them?

“That’s what people are looking for in organizations today—especially in the leadership, learning, and talent development space. L&D leaders want managers to inspire and bring out the best in their team members to be better listeners and ask better questions, which are skills that can only be sharpened through self awareness, self regulation, and having a serving mindset.”

“It’s a lofty ideal, and it takes practice, but it’s worth the effort to create the types of organizations that bring out the best in people for the customers they serve.”

Would you like to learn more about developing coaching skills in your organization? Join us for a free webinar!

Good coaching skills are fundamental to a manager’s success in today’s work environment. In a world that is moving fast, managers need to instill a growth mindset in their people that keeps them learning, performing, and succeeding.

In this webinar, master certified coach Madeleine Homan Blanchard will share the three top attributes of coach-like managers and how they can help to improve performance across all levels of your organization—from sales to delivery to follow-up services.

Drawing on three decades of executive coaching in all industries and many fields of study, Madeleine will share:

Don’t miss this opportunity to learn what you can do to create an environment in which your employees will strive to be outstanding. Learn how a coaching mindset and stronger coaching skills among your leadership team can dramatically increase the engagement, commitment, and performance of people in your organization. 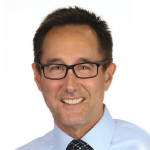 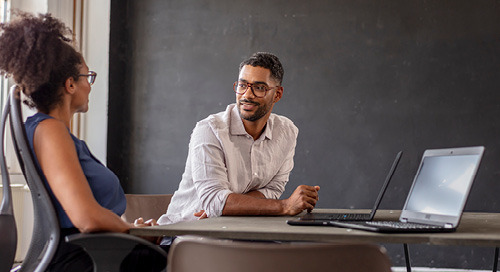 Learn the three top attributes of coach-like managers and how they can help to improve performance across a... 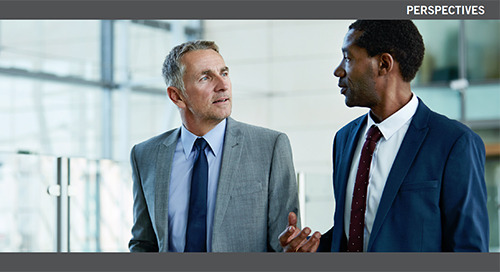 Leadership experts explore the correlation between leader coaching behaviors & the impact this has on the t...

Learn the three top attributes of coach-like managers and how they can help to improve performance across all levels of your organization. 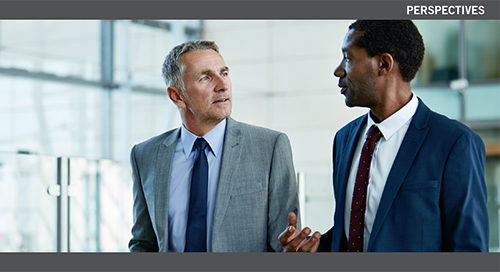 Leadership experts explore the correlation between leader coaching behaviors & the impact this has on the trust, work, & emotions of teams.