Home » Blanchard LeaderChat » Don’t Over- or Under-Supervise: 4 Steps to Getting Management Just Right
× Share this Resource

Don’t Over- or Under-Supervise: 4 Steps to Getting Management Just Right

“I don’t want to be a micromanager!”

I hear that statement all the time from my coaching clients. I get it—no one wants to be known as a boss who hovers over people and tells them what to do all the time. However, what I’ve noticed with some clients who desperately do not want to micromanage is that they often go to the other extreme and completely abdicate their leadership responsibilities.

So how does abdicating—which we also label as under-supervising—frustrate? Let’s look at one common example.

Under-supervision is most damaging when a leader says to a direct report who is unfamiliar with a task, “I know you will be fine. Just let me know when you’re done.” The direct report very likely won’t be able to do a task they haven’t been trained to do. Then, when the task becomes difficult or the person experiences some natural early failure, it’s normal for them to think, “My boss thinks I can do this. There must be something wrong with me!”

This begins a stream of negative self-talk, which can kill creativity. People in this state rarely give themselves permission to be a learner, to take risks, or to experiment with possible solutions. Isolation can also set in. People are often hesitant to reveal that they don’t know something—and are even less likely to do so if they think their boss expects them to know it.

Finally, forward motion is thwarted. When someone doesn’t know how to do something and doesn’t have anyone to guide them, they will often work on the tasks they do know how to do and set the other task aside. It appears to be human nature. I’ve witnessed people who are otherwise brilliant do this many times.

I’m convinced that abdicating behavior from a manager can be just as frustrating to a direct report as the dreaded micromanaging. The ideal balance would be to provide the right kind of leadership style depending on direct report’s development level on whatever task or goal they are working on. As Ken Blanchard says, a leader needs to “Slow down to go faster.” Here’s how it works:

I always think using this style is like offering a thirsty person trekking through the desert some water. It’s giving them something they desperately need.

The hope is that a direct report who isn’t yet self-reliant on a task will grow and develop autonomy as they go forward. As the direct report develops competence and confidence doing the task, you, as the leader, can pull back on supervision.

Matching your leadership style to the specific needs of your direct reports will allow you to always correctly supervise versus under- or over-supervising. In this way, your leadership actions will always be just right! 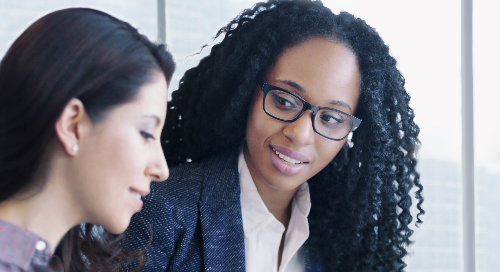 4 Tips for Mastering the Most Difficult Performance Management Conversation

In a recent article for the July edition of The Ken Blanchard Companies’ Ignite! newsletter, senior consult... 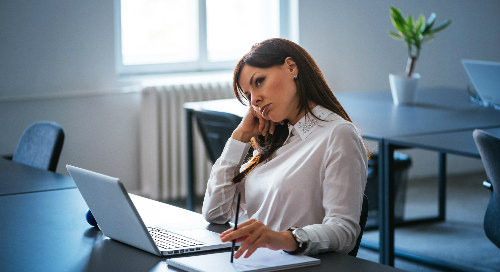 Dear Madeleine, I have been with the same organization for eight years. My company offers anyone who has be...