It’s a common workplace belief: You should be able to handle anything that lands on your desk.

The specifics don’t matter. You’re a professional and you can tackle the challenge, no matter how long you’ve been at a job. Admitting you need help in a competitive work environment can be career suicide.

But this belief ignores reality.

Let’s start with new hires. According to Training Industry Quarterly, a new hire will need one to two years to become “fully productive.”[1]

So anyone who’s been at a job for less than 24 months is almost guaranteed to struggle at times.

Longevity at a job also doesn’t make one immune to needing help. The increasing pace of change almost guarantees that knowledge and skills will quickly become obsolete. Here’s what McKinsey & Company said about the steamroller of change: “Compared with the Industrial Revolution, we estimate that […] change is happening ten times faster and at 300 times the scale, or roughly 3,000 times the impact.”[2]

Then there’s the speed at which knowledge accumulates. The amount of knowledge doubled about every 100 years, until 1945, when it started to double every 25 years. It now doubles every 13 months and will double every 12 hours once the Internet of Things becomes widespread.[3],[4]

What about the 10,000-hour rule (the amount of practice needed to reach mastery)?

The 10,000-hour rule has been misrepresented. According to researchers, the rule may be a predictor of success for activities with fixed rules (like chess). But it falls apart when applied to entrepreneurship and artistic endeavors.[5]

These facts are not meant to be discouraging, but they do reveal an important truth:

Being able to learn and grow is essential for success.

SLII®, the world’s most taught leadership development solution, recognizes that organizations and teams succeed as people get what they need to grow, learn, and succeed. It categorizes our capability for a given task into four categories:

When someone asks you to do something at work and you freeze, you may be at D2 at the task.

People at D2 often feel anxious and neglected. They may think their progress is slow and they’re not getting the help they need. It’s such a lousy feeling that it can make people want to give up on the tasks and even quit their jobs.

But there’s help ahead. Here are some tips for not getting stuck in the D2 rut.

We sometimes hear our clients say, “We hire only those at D4.” Given the unrelenting pace of change, that strategy seems quaint. Everyone is going to be at D2 at something. It is unavoidable.

The ability to learn and grow is a skill required for success. Becoming comfortable with being uncomfortable—the D2 dip—is the best way to survive and soar.

Editor's Note: To learn more about helping others grow and succeed in today’s changing work environment, be sure to download the new eBook, Turning New Hires into Top Performers… Quickly. It’s free, courtesy of The Ken Blanchard Companies. 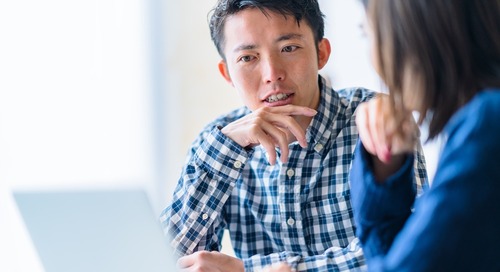 Unleashing the Power and Potential of People in Turbulent Times

Ken Blanchard discusses the challenges of finding new people and bringing them up to speed, helping existin... 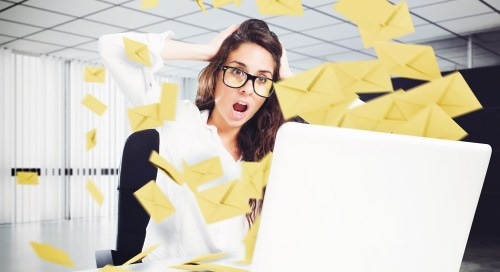 Dear Madeleine, I am a senior executive at a fast-growing regional bank. One of our employees (I’ll call he...