When a person goes through leadership coaching it often includes some kind of evaluation, such as a 360-degree assessment. Debriefing the assessment results is typically done during one of the first coaching sessions. This debrief helps the coaching client identify strengths they can leverage as well as potential areas for development.

I’ve noticed a trend when doing these debriefs. A client’s self rating is often noticeably lower in several areas than ratings from other people such as their direct reports or their boss. Most clients aren’t surprised at this; in fact, many laugh and chalk it up to their being a perfectionist. They often say they know they set a high bar for themselves and put lots of pressure on themselves—but they seem to accept this as the way they are wired. But is it?

Most people agree that striving to continually grow and develop and to achieve one’s goals is a desirable trait. Perfectionism, on the other hand, can be a different story. A perfectionist is often defined as someone who strives for flawlessness.

Many of my clients who label themselves perfectionists push themselves harder than anyone asks them to. They tend to work more than they need to. They fear making a mistake because they are afraid others will see their imperfection. These behaviors and beliefs can make them inauthentic in their interactions with others because they don’t like to reveal what I call their “soft underbelly.”

Full disclosure here: I have perfectionist tendencies. But seeing this characteristic often in my clients has caused me to look at my own perfectionism and make efforts to throttle back these inclinations.

I like what Dr. David Burns, author of the highly regarded book Feeling Good: The New Mood Therapy, said about perfectionism:

“Perfection is man’s ultimate illusion. It simply doesn’t exist in the universe. There is no perfection. It’s really the world’s greatest con game; it promises riches and delivers misery. The harder you strive for perfection, the worse your disappointment will become because it’s only an abstraction, a concept that doesn’t fit reality. Everything can be improved if you look at it closely and critically enough—every person, every idea, every work of art, every experience, everything.”

Most perfectionists have been that way all their lives and often have underlying beliefs that drive their perfectionism. That said, greater self awareness and a commitment to lighten up on oneself can be a start. Thanks to the internet, there is much information at our fingertips regarding the pros and cons of perfectionism as well as techniques for lessening its negative effects. Here are a few:

I often ask my perfectionistic clients if they could “dare to be average.” They usually groan—because to them, average is tantamount to failure. Some, however, do work to unclench their jaw and not operate at full throttle all the time. So far, none of them has died, and several have reported feeling more at ease then they have in a long time.

Might you benefit from examining whether perfectionism is having a negative influence on your life? Please let me know what you discover! 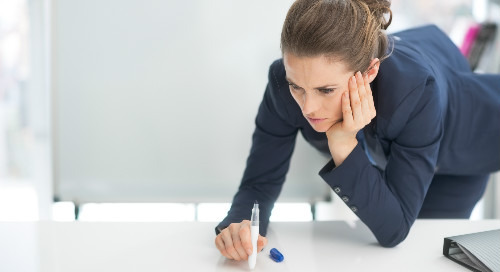 Dear Madeleine, I work as a training manager in a large organization. Two years ago my boss was let go. Sin... 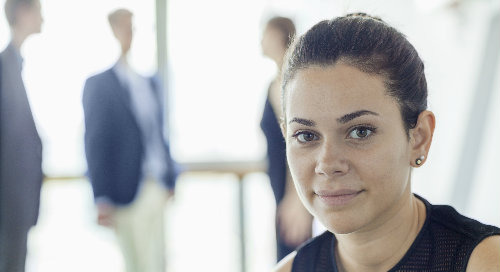 Your Company Is Putting Profit Ahead of People? Ask Madeleine

Dear Madeleine, I work in sales in a large medical device company. I kill my numbers and have been number o...